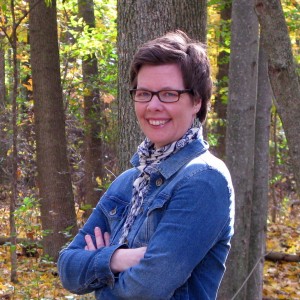 What made you decide on this time and place in history for the story?

When writing Baygirl, I knew that my main character, Kit, would move from her rural community of Parsons Bay to the city of St. John’s. The question was, why? I needed to provide the reader with a solid reason for the upheaval. After all, it was a major plot point that would cause Kit a lot of misery. Having her father struggle to make ends meet as a fisherman wasn’t enough – the reason needed more substance.

That’s when I decided to set Baygirl in 1992 – the year of the cod moratorium. Because of the dwindling cod stocks, the government imposed a ban and closed down the fishery. As a result, 30,000 people were out of work.

The struggle that Kit and her family face in the novel is an accurate portrayal of the devastating effect the moratorium had on many Newfoundland families. 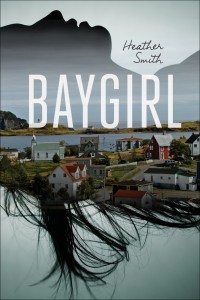 Newfoundland has undergone many changes since the 1990s. First of all, because of the oil boom, Newfoundland lost its label as a ‘have-not’ province. That certainly made a change!

Things are looking up for the fishery, too. Scientists say the cod stocks are coming back – fingers crossed that after 23 years of the moratorium, the ban will be lifted and Newfoundland will once again have a thriving, sustainable cod fishery.

What has stayed the same? The people. Through it all, Newfoundlanders maintain their sense of humour and continue to be warm, friendly, welcoming people.

You recently received an Ontario Arts Council Works in Progress grant—congratulations! Can you tell us a little about the manuscript you’re working on?

My latest YA novel is called The Agony of Bun O’Keefe. Bun O’Keefe is a young girl who lives a solitary life in an unsafe, unsanitary house. The daughter of a compulsive hoarder, she is left to fend for herself amongst the growing piles of useless thrift store finds. Bun has little contact with the outside world and as a result, has a rather quirky personality.

Eventually, she escapes her isolated life and ends up on the streets of St. John’s. There she finds ‘busker boy’, a street musician who senses her naivety and takes her in. Together they live in a house with an eclectic cast of characters: Chef, a pot-smoking dishwasher with culinary school dreams; Cher, a drag queen with a troubled past; Big Eyes, a Catholic school girl desperately trying to reinvent herself; and The Landlord, a man who Bun is told to avoid at all cost.

Writing The Agony of Bun O’Keefe has been a very intense experience. The story came so fast I could barely keep up as the words tumbled onto the page. Bun and the other characters were with me 24/7 and I can tell you, they don’t sleep much!

Thankfully, things have settled down now and I have a much calmer relationship with them – they aren’t shouting anymore, they’re whispering. They’re telling me that the end is close – and that’s a great feeling.

Originally from Newfoundland, Heather Smith lives in Waterloo, Ontario, with her husband and three children. Her Newfoundland roots inspire much of her writing. Find her at www.heathertsmith.com or on Twitter at @Heather_T_Smith.

O’Connor will keep the game’s fans close with plenty of in-the-know soccer patter, but she will also draw other readers with the story of Jack’s slow absorption into a gambling…...

Tight and authentic sports action combined with engaging characters make this title great for sports fans as well as readers who enjoy action and drama.

The fast-paced writing has enough soccer action to keep reluctant readers turning the pages, and the gambling intrigue, along with a side plot involving a new player on Jack’s team,...

O'Connor deals with topics that would be well worth discussing with almost any teen: the value of team-work; honesty; and ethics. I will certainly include Betting Game in our curriculum...

Betting Game easily captivated my interest with its action and suspense and honest teen characters… The kind of read that will grip both sports fans and reluctant readers.

A fast paced, entertaining read that will really appeal to all soccer players, both boys and girls, especially those struggling to sustain a reading habit.